Description
Aquamarine Universal Anti-freeze is an Ethylene Glycol based anti-freeze for ships and lifeboats. It contains inhibitors to protect radiators and engines, including aluminium engines, against rust and corrosion.
The anti-freeze should be left in cooling systems throughout the year and will thus give all year round corrosion protection.
Aquamarine Universal Anti-freeze contains no methanol and has a low flammability.

It is biodegradable and does not present an environmental problem.

Note: Whilst ethylene glycol is biodegradable it is TOXIC to animal and human metabolisms.

Uses
• Ethylene Glycol based anti-freeze
• Conforms to requirements of British Standard BS 6580: 1992
• Contains no methanol
• Contains effective inhibitor to give all year round protection against rust and corrosion
• Suitable for all commonly available commercial engine cooling systems including aluminium engines.

NB: Antifreeze used in engine & most applications should be changed annually to give optimum protection

This item may be purchased also on-line at www.tektrak.co.uk 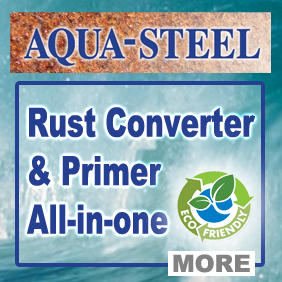